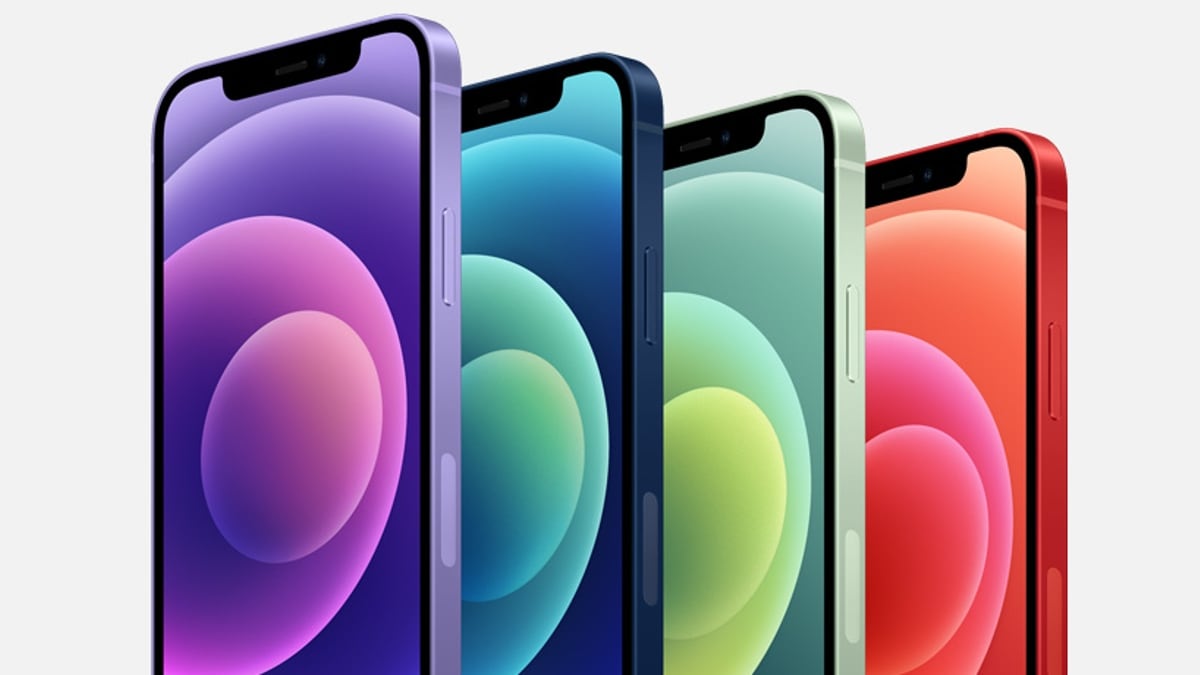 Ukrainian e-commerce site KTC has listed the storage variants and colour options of the iPhone 13 series. It was initially spotted by 91Mobiles.

On the part of colour options, the iPhone 13 and iPhone 13 mini are listed in Black, Blue, Pink, Purple, PRODUCT (RED), and White colours. This suggests that the Pink option could be something new this time, while the other colour variants are just identical to last year’s iPhone 12 models.

Apple is hosting its next event on September 14 where we’re likely to get the official details about the iPhone 13 series. In the meantime, it’s safe to consider the reported details with a pinch of salt.

While the iPhone 13 launch is still a part of the rumour mill, tipster Jon Prosser has shared the renders suggesting what we would get from the iPhone 14 series in 2022. The renders are claimed to be developed by concept designer Ian Zelbo on the basis of images and schematics sourced from Apple and suggest the design of the iPhone 14 Pro Max to be precise.

One of the biggest changes that the renders suggest is the removal of the display notch that appears to be replaced with a hole-punch design. It is in line with the speculation made by analyst Ming-Chi Kuo. Apple is suggested to use an under-display Face ID system to retain biometric authentication on the new iPhone, without requiring the notch design.

The renders also suggest that the iPhone 14 Pro Max may come with no camera bump or hump at the back. This means that the cameras of the new iPhone Pro model may not just be protruding from the back panel. It is unlike the existing iPhone models where we have the bump for the rear cameras.

Prosser said in a video detailing the renders that Apple would use a thicker chassis to keep the camera modules of the iPhone 14 Pro Max aligning with its back. He also suggested a titanium frame with a design similar to that of the iPhone 4.

The renders show rounded volume buttons on the iPhone 14 Pro Max that appear to be similar to those of the iPhone 4 and iPhone 5. Further, the Lightning port is visible at the bottom, which means there would not be a USB Type-C port. It is also corroborating a recent prediction made by Kuo.

Alongside the renders posted by Prosser, display industry analyst Ross Young has stated that Apple would offer under-display Face ID on not just the iPhone 14 Pro Max but also on the iPhone 14 Pro. The regular iPhone 14 and iPhone 14 Max (the new 6.7-inch iPhone model) may, however, continue to come with the existing Face ID or Touch ID support.

Young, who is the CEO of Display Supply Chain Consultants (DSCC), first tweeted his predictions about the iPhone 14 in June. He also said that the new under-display Face ID could be a part of the 2023 iPhone lineup.

Additionally, Young mentioned that under-display Face ID technology is not yet final and is currently in a testing phase. Apple may, thus, ditch that part completely or bring in-display Touch ID instead.

A recent report by Bloomberg’s Mark Gurman suggested that Apple would continue to use Face ID as its biometric solution alongside evaluating Touch ID.

The iPhone 14 lineup is also expected to be the first since the iPhone 12 launch in 2020 to come without a mini-version iPhone. Apple may replace that model with the new affordable 6.7-inch iPhone.

Affiliate links may be automatically generated – see our ethics statement for details.