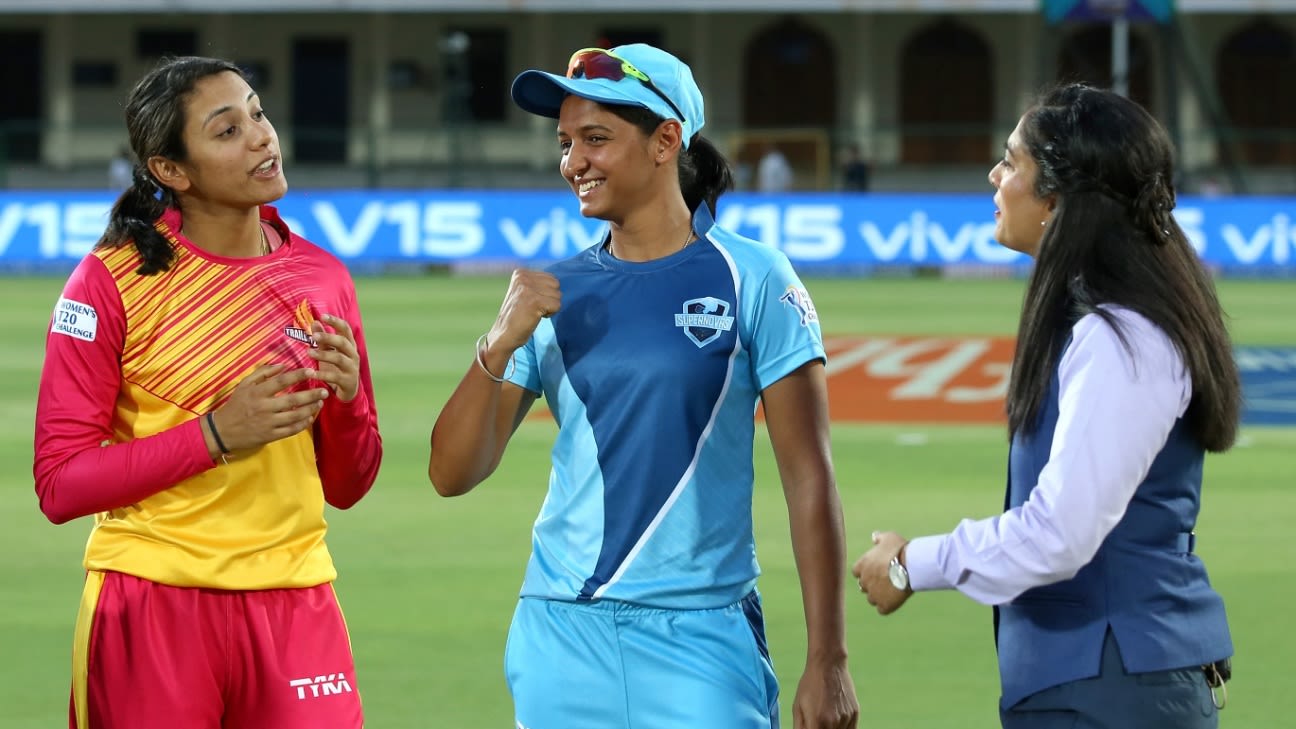 Neetu David, the new chairperson of selectors for India Women, expects picking squads for the upcoming Women’s T20 Challenge to be “a challenging first assignment” given that the Covid-19 pandemic has left players with little to no training. But she backed several “exciting India prospects” to make a mark in the three-team competition, to be played in the UAE from November 1 to 10.

Her colleague Arati Vaidya, meanwhile, feels that when it comes to veterans Mithali Raj and Jhulan Goswami, performance and not age, would determine selection.

“These are, of course, unprecedented times; the pandemic has made any cricket close to impossible in India at the moment,” David told ESPNcricinfo soon after news of the appointment of the panel was made public. “It’s not an ideal pre-tournament situation for any team, in any sport, in any country, so when it comes to selecting the squads for the Women’s T20 Challenge, it’s going to be a challenging first assignment of sorts, but it’s not impossible to pick promising lesser-known players.

“We are awaiting guidelines from the BCCI on how the board expects us to proceed. The players are mentally ready and eager to get back on the field, they have been training in their respective towns. And having known and played with some of my fellow selectors in this panel, and also given Mithu Mukherjee has formerly been a national selector, we are looking forward to working as a team and introducing new players from our current domestic pool, who we think are exciting India prospects. They have the potential to do well in the T20 Challenge.”

David was hopeful that the new selection panel would be able to build on the work of the previous panel – India finished as runners-up in the 2017 ODI World Cup and the T20 World Cup earlier this earlier during their tenure. With two World Cups and a Commonwealth Games slated for 2022, much of the new committee’s focus would be on putting together squads that take the next step – win a World Cup.

“We do well up to the final, but have not been able to get over the final hurdle yet – that’s something we need to find a solution to,” David said. “We are looking to work on the mental resilience and temperament aspect of our upcoming squads, and we’ll work with the board, coaches, players and captains to make sure that we put systems in place that helps us overcome that final barrier. We will look to go one better in the next major events.”

“Whether it’s Mithali or Jhulan or any other experienced player in our national or domestic mix, we will try to make sure that the performance of players alone is what dictates the look of the squads”

While David spoke of becoming world champions in senior cricket, Vaidya expressed hope that India would do well in age-group global tournaments going forward too.

“The more new talent we unearth, the better the health of the national team and domestic cricket will be,” she told ESPNcricinfo. “I can tell you that the age-group players we have at the moment, we can surely be in the final of the [inaugural] Under-19 World Cup for girls – whether it goes ahead on schedule next year or is postponed.

“My career as a match referee has helped me get a glimpse of many uncapped players, and from what I have seen, I am hopeful we will do well, and if other things fall into place, we might even win the title. India doesn’t lack talent; it’s just that more systems need to be put in to place to unearth and nurture those talents. As a selection committee, we will, therefore, try to get the best talent we can from all zones.”

Raj and Goswami are now both past 37, and retired from T20Is, but Vaidya wanted to take their age out of the equation when discussing their futures with the national team.

“Mithali Raj and Jhulan Goswami’s contribution will remain matchless, and to this day they remain key performers in the ODI team,” Vaidya said. “Personally, my view is only performance – not age or how long they’ve played – should determine whether or not a player warrants a place in the side.

“Whenever they choose to call it a day, it’s their call, and yes, someone or the other will take up their places in the coming years when they bow out of the game, but to us ensuring the right blend of youth and experience will be key. So whether it’s Mithali or Jhulan or any other experienced player in our national or domestic mix, we will try to make sure that the performance of players alone is what dictates the look of the squads.”