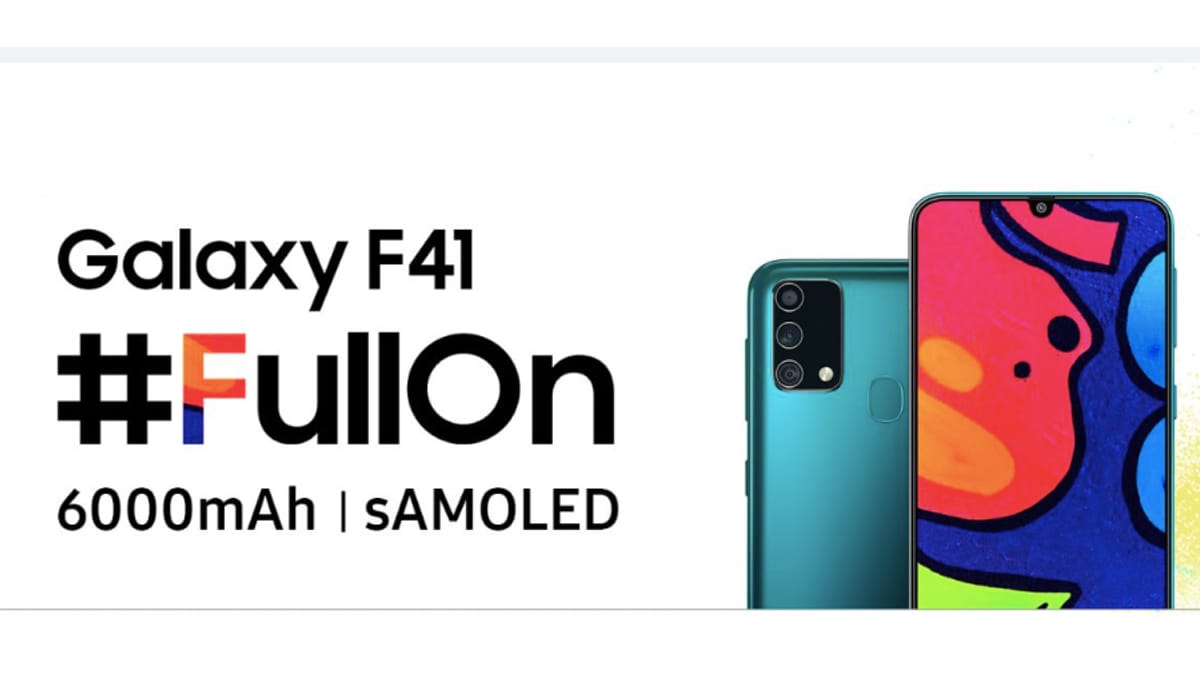 Young smartphone users in India have always demanded high-performance devices. A smartphone has become necessary in today’s time, be it for working from home, studying remotely, or simply taking a step back and relaxing over some mobile games or videos. The young want to live a full-on life, with nothing slowing them down.

Samsung understands this unique requirement and has collaborated with Flipkart to help bring you a brand new smartphone series. Samsung will soon bring its new Galaxy F series to the world, starting with the Galaxy F41 smartphone in India. Galaxy F series is designed with Gen Z in mind, enabling them to get more done, in style. Samsung Galaxy F41 will also offer great value for money, making it an ideal choice for young smartphone users in India who wish for nothing but the best in their mobile devices.

The upcoming Samsung Galaxy F41 will be loaded with features that most young smartphone users need to live their lives to the fullest. The Galaxy F series promises a ‘full-on’ experience in performance, style, or cameras. Galaxy F41 will be an ultimate mobile device for young Generation Z consumers who rely on their phones for most of their daily tasks.

Young consumers in India love to live a colourful life that’s without any limitations or compromises. Samsung Galaxy F41 will help them express themselves in ways they’ve always wanted to. Galaxy F41 will be the first smartphone in Samsung’s Galaxy F series in India. The phone will feature a full-on display, a long-lasting battery, and stunning design. A full-on experience is guaranteed no matter how you use the phone. Samsung’s Galaxy F series will redefine the smartphone market for young buyers in India.

An immersive #FullOnLit display that’s amazing to look at

Samsung Galaxy F41 will feature a large sAMOLED display with a small display notch. The big display is going to be ideal for smartphone users who spend hours getting work done, studying, watching videos, or simply playing their favourite mobile games on the go. Samsung promises an immersive viewing experience that’s noticeable the moment you unlock the Galaxy F41.

Packed with a battery that’s #FullOnEnergy

To live up to its promise of a full-on experience, the Galaxy F41 will come with a massive 6,000mAh battery. That’s big enough to last an entire day’s worth of average to heavy usage. It means you’ll be able to spend more time actually using your phone than keeping it tethered to a power outlet. A large battery will let you get more done, without slowing you down. You can watch more movies, play games endlessly, listen to music for hours. The 6,000mAh long-lasting battery will bring #FullOnPower, letting you binge-watch your favourite TV shows for a longer period of time.

A design that matches your #FullOnSwag

Samsung Galaxy F41 boasts a stylish design, with eye-popping colour options, bringing a #FullOnSwag to your life. No matter where you go, the Galaxy F41 will turn heads around, asking you about the phone you’re carrying in your hands.

You’ll have to wait a bit longer to learn more about all the features and specifications of the Samsung Galaxy F41 in India. Samsung and Flipkart will launch the Galaxy F41 in India on October 8 at the ‘Full On Festival’. If you’re looking to buy a great new smartphone, hang around for the upcoming Galaxy F series that promises to change the way you think about smartphones. For more details about the ‘Full On Festival’ visit this page