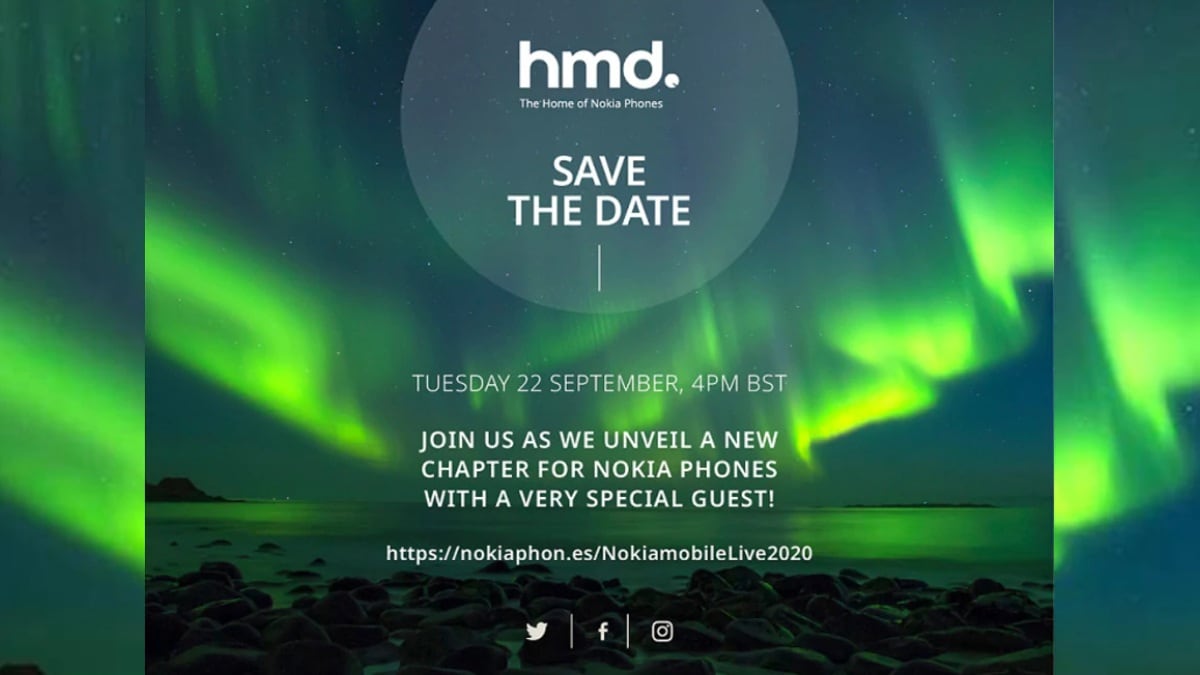 Nokia licensee HMD Global is set to host a launch event today, September 22. Today’s event will be livestreamed via the company’s YouTube channel. Although HMD has remained tight-lipped on which products are expected to be launched, the recent teasers posted by the company suggests the unveiling of two new Nokia smartphones at today’s virtual event. It is being speculated that the two models may be the Nokia 3.4 and the Nokia 2.4. Specifications of both the smartphones have been tipped on several occasions in the past.

HMD Global announced earlier this month that the launch event will begin at 4pm BST (8:30pm IST) today, September 22. It can be live streamed via the Nokia Mobile YouTube channel. The invite sent out by the company reads, “Join us as we unveil a new chapter for Nokia phones with a very special guest.” Not much else has yet been revealed.

It was earlier reported that the Nokia 3.4 and Nokia 2.4 smartphones are expected to be launched in September. It can be speculated that both phones could be be launched at the event today.

As per a recently leaked render, the Nokia 3.4 may sport a circular camera module on the back along with a fingerprint sensor. The power button and volume rockers are also spotted on the side. The renders fall in line with the brief outline of a phone spotted on the event teaser tweeted by Nokia Mobile. The camera module is expected to feature a 13-megapixel primary sensor, a 5-megapixel snapper, and a 2-megapixel shooter. For selfies, the phone may feature a 8-megapixel camera at the front.

According to a report, the Nokia 2.4 is expected to come in two RAM + storage configurations – 2GB + 32GB and 3GB + 64GB. The smartphone is expected to be offered in three colour options – Blue, Grey, and Purple.

In July, the phone was allegedly spotted on Geekbench, hinting at the inclusion of a MediaTek Helio P22 SoC. The phone may feature a 6.5-inch HD+ display with a 19:9 aspect ratio. It is expected to pack a 4,500mAh battery.

Is Android One holding back Nokia smartphones in India? We discussed this on Orbital, our weekly technology podcast, which you can subscribe to via Apple Podcasts, Google Podcasts, or RSS, download the episode, or just hit the play button below.